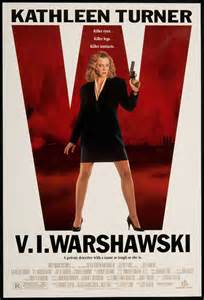 Sara Paretsky’s novels featuring a ball-breaking feminist detective were obvious film fodder. In 85 excruciating minutes a potential franchise starring one of the era’s greatest stars was exterminated. By the time it’s over you don’t even care whodunnit. Turner’s looks were clearly altering already but this film simply put the nail in the coffin of her glorious career.