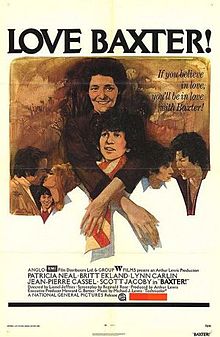 Scott Jacoby plays the titular kid who cannot pronounce his own name – Roger – because of his speech impediment. His argumentative Hollywood parents have divorced and his emotional problems overwhelm him when he moves with his narcissistic mother to London, where he attends the American School. A jerk of a teacher Paul Eddington, irritated by the boy’s  inability to pronounce R,  sends him to a therapist, Patricia Neal. Despite his ability to make good friends including neighbour Britt Ekland and her fiance Jean-Pierre Cassel (also named Roger, but, you know, in French) Neal observes him sliding into total anxiety and he is ultimately taken into psychiatric care. This sounds like a chore but the screenplay adapted by Reginald Rose from a novel by Kin Platt is very balanced by its sensitive and unsentimental treatment of the situation and Jacoby’s performance as the charming, humorous kid is astonishing. Really well handled by director Lionel Jeffries, whose Railway Children star Sally Thomsett makes a funny appearance as a voyeuristic teenage neighbour, this is a pleasure from start to moving finish.