Do I look like Eliot Ness? Siamese pretty boy Darn Cat aka DC returns to the suburban home he shares with sisters Patti (Hayley Mills) and Ingrid aka Inkie Randall (Dorothy Provine) with a partly-inscribed watch replacing his collar after he follows bank robbers Iggy (Frank Gorshin) and Dan (Neville Brand) to their hideout where they’re hiding their kidnap victim Margaret Miller (Grayson Hall). Patti sees the news story and thinks the watch belongs to the woman and reports the case to the FBI who detail Agent Zeke Kelso (Dean Jones) to the case.  He has a really tough job tailing DC on his nighttime excursions trying to track down the robbers … D.C.’s a cat! He can’t help his instincts. He’s a hunter, just like you are. Only he’s not stupid enough to stand out in the pouring rain all day! Long and funny slapstick cat actioner with Mills utterly charming and Jones perfectly cast as the agent charged with following the titular feline. There are good jokes about surf movies, TV weather and nosy neighbours, with Elsa Lanchester a particular irritant. Roddy McDowall is a hoot as Gregory, the woefully misguided mama’s boy who serves as a brief romantic interest for Ingrid, mainly because he can drive her to work every day. Provine has a marvellous moment looking to camera in one of their scenes. Adapted by Bill Walsh and The Gordons, from their 1963 novel Undercover Cat, this has enough satirical elements to win over a wide audience. Bobby Darin sings the title song, composed by the Sherman brothers. You might recognise one of the two versatile Seal Point Siamese cats who play DC as the co-star of The Incredible Journey. Directed by Robert Stevenson. Sir, a mouse is no more permitted in here, than a man without a car

Maybe Chicago’s got a heart but I ain’t found one.  Young Italian-American Rocky Barbella (Paul Newman) endures abuse from his father (Harold J. Stone) and despite his mother (Eileen Heckart) and her constant efforts to intervene he messes with small-time crime with his streetwise friend Romolo (Sal Mineo).  His consequent run-ins with the law lead him in and out of detention centers and prisons. When it seems he has it together, Rocky is drafted into the wartime Army but can’t stick the regime and goes AWOL. He takes up boxing to earn quick money with coach Irving Cohen (Everett Sloane), but when he discovers he has a natural talent in the ring, he builds the confidence to pursue his love interest, Norma (Pier Angeli), and fulfill his potential as a middleweight fighter. Pressured to take a bribe, his reputation takes a major hit.  He doesn’t know how to redeem himself except by fighting …  Ernest Lehman’s adaptation of Rocky Graziano’s autobiography is full of clichés – but they’re good ones because they’re true. Filled with big, dramatic performances and great action which is what you want from a gutsy story of an abused child through his spells in juvie and prison and the Army, this is a wonderful portrait of NYC and its denizens and the final bout is heart-stopping. The right hooks aren’t confined to Rocky, Lehman’s dialogue is ripe with zingers:  The trouble with reading the phonebook is you always know how it’s going to come out.  Gleaming monochrome cinematography by Joseph Ruttenberg and a song by Perry Como add to a magnificent movie bio experience but one is forced to ask what Paul Newman’s career would have looked like if its intended lead James Dean hadn’t died before this went into production:  his Rebel co-star Mineo (who looks altogether lustrous) bolsters the teen crim story and the beautiful Angeli was engaged to Dean for a while (as well as doing The Silver Chalice with Newman). His ghost is everywhere. Look for Steve McQueen, Robert Loggia and Dean Jones down the cast list.  Directed by Robert Wise.

It’s a wet miserable windy horrible day in the Easter vacation and it’s two whole DAYS until the F1 Grand Prix in Bahrain so what better way to while away 100 minutes than in the company of the affable Dean Jones and the coolest car this side of KITT? Here we start racing in Laguna and Monterey then wind up in Paris and Monte-Carlo with diamonds in the trunk. Groovy cars, cool locations, mellow mystery. Hell yeah!

Back in the 1970s the Disney Studio was not the same as it had been during its founder’s lifetime. Nonetheless they were still producing live action comedies and Dean Jones was their superstar.  In this adaptation of a somewhat different book, Chateau Bon Vivant by Frankie and John O’Rear from 1967 and adapted by Don Tait, Jim Parker and Arnold Margolin, he is John Baxter, a dissatisfied accountant rescued from the rat race by a bequest from a great uncle he never knew he had. He ups sticks from New York to the backwater snowbound mountains of Colorado and a hotel that is falling apart. He takes on the challenge of creating a ski lodge and building a run – with the predictable slapstick results including 4 (count ’em!) chases. The pleasure of seeing this is redoubled because my memories of the 70s are that Disney films very rarely made it to my small town – and if they did it was probably a year after they screened in the city. So I only ever read this in comic strip form and acquired my love of mountains from this which was rendered in the exquisitely produced Disney magazine every week. Dean Jones was a superb light actor and is still responsible for the definitive rendition of Sondheim’s Being Alive. Oh, the humanity. And the snow. And the St Bernard who hates the cold. And little Johnny Whitaker … Is it possible that this inspired The Shining? Directed by Norman Tokar. 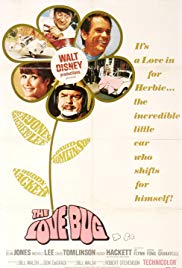 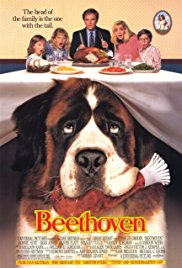 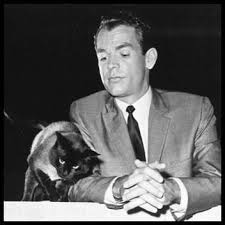 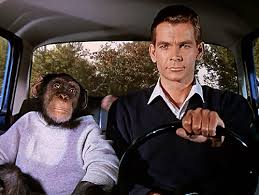 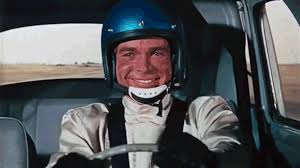 The Disney star par excellence. I loved him.