You see sex in everything! 17-year old Barbara Vining (Glynis Johns) is infatuated with her Latin teacher Stephen Barlow (Leo Genn) who’s married to lonely and insecure American woman Kay (Gene Tierney). When Barbara disappears after a private tutoring session with Stephen and Kay notices the girl’s crush on her husband, rumours swirl and he has to defend himself from the suspicion that he may have  raped and murdered her … I don’t think we are really ourselves in school hours. Lesley Storm adapted her stage play A Day’s Mischief;  she had form in that regard, having written the original play The Great Day, also adapted for cinema. She was an established screenwriter, contributing additional scenes and dialogue for Graham Greene’s The Fallen Idol and Adam and Evelyne and writing several other screenplays, with another Greene adaptation, The Heart of the Matter, released the same year as this, 1953. This mines a rich seam of prurient gossip and innuendo in a small community and with a great supporting cast including Megs Jenkins and Walter Fitzgerald as Barbara’s parents, Pamela Brown as her aunt who had a permanent disappointment in love at a similar age that has poisoned her outlook on relationships, Thora Hird as the Barlows’ housekeeper and Michael Hordern as the headmaster, and a raft of young (if not yet familiar) faces like Shirley Eaton and Nanette Newman (in her first role) playing her school chums. William Alwyn’s exacting score underlines the melodramatic urgency of the story which paradoxically takes place mostly in conversation between the adults who admit their misunderstanding of human behaviour and the subtlety of instinct while three women at different stages of life enact their experience of love and potentially its loss.  Directed by Anthony Pelissier. I’m no good without you 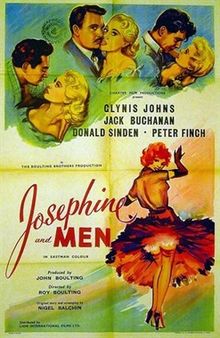 She had a weakness for the weakness in men! Suave bachelor Charles Luton (Jack Buchanan) tells Henry the Barman (Victor Maddern) the story of his niece Josephine’s (Glynis Johns) romantic escapades. She rejects her wealthy fiancé Alan (Donald Sinden) in favour of his friend David (Peter Finch), an unsuccessful playwright. But when their situations are reversed, Josephine’s interest in David starts to wane because she can’t help but be drawn to underdogs and the police are on Alan’s tail when he turns up at their rural idyll while David struggles to write a new play and Charles is overnighting… As a child she was alarmingly soft-hearted. You might imagine from the poster that this is a British answer to Moulin Rouge but relatively low-powered as this is in narrative impetus it manages to coast on a battery of real charm and a surprising element of jeopardy. Johns is as usual a bewitching delight and Finch enjoys himself immensely. Strangest of all is perhaps the screenwriting team behind this drawing room comedy:  thriller writer Nigel Balchin, Frank Harvey (who would go on to write the brilliant satire It’s All Right Jack) and the director, Roy Boulting. It’s a welcome opportunity to see the great Buchanan and it’s also wonderful to see William (Doctor Who) Hartnell, Sam Kydd and Wally Patch in the supporting ensemble. Gilbert Taylor shoots in colour in a lovely variety of interiors while John Addison provides his typically witty score. A Boulting Brothers production. There is no deadlier creature on earth than a one-woman Salvation Army 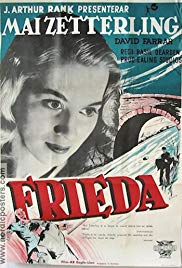 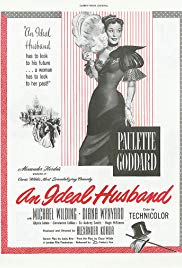 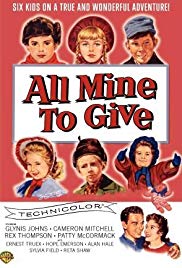 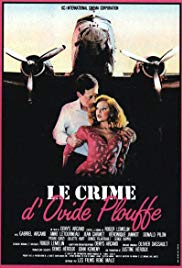 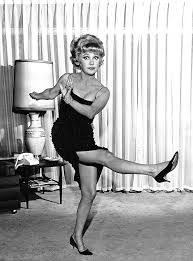 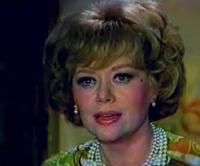 The daughter of Welsh actor Mervyn Johns with whom she appeared in Halfway House, Glynis Johns came into her own in the mid-Forties and then did some wonderful historical films for Disney in the next decade as she moved to the US. Interspersed with gritty dramatic roles and a lot of TV she did great work in The Chapman Report. For some she will always be Mrs Banks in Mary Poppins, for others the delightful mermaid Miranda, for even more perhaps she is the great guest villain Lady Penelope Peasoup in TV’s Batman but for me she will always be Mary Katherine Gallagher’s Grandma in Superstar. And then there’s the little matter of her work with Sondheim. Whatever, the glorious Girl With the Upside-Down Eyes celebrates her 96th year among us. We are blessed. Happy birthday!

Death is only a door opening.  During the Second World War, people converge on the Halfway House, an inn in the Welsh countryside run by Rhys (Mervyn Johns) and his daughter Gwyneth (his real-life daughter Glynis Johns). In Cardiff, famous orchestra conductor David Davies (Esmond Knight) is advised by his doctor to cancel a tour and rest, or he will live for only about three months. In London, Lt. Richard (Richard Bird)  and Jill French (Valerie White) argue about the education of their young daughter Joanna (Sally Ann Howes) who overhears them agree to divorce. Then Mr. French and Joanna go on holiday. Captain Fortescue (Guy Middleton) is released from Parkmoor Prison where he did time after being court-martialled for stealing the regimental funds. In a Welsh port, merchant captain Harry Meadows (Tom Walls) and his French wife Alice (Françoise Rosay) quarrel about their deceased son, a victim of the U-boats. Black marketeer Oakley (Alfred Drayton)departs from London for some fishing, while Margaret (Phillippa Hiatt) and her Irish diplomat fiancé Terence (Pat McGrath) take a train from Bristol…… Boyish girls and girlish boys. The fashion for the supernatural in wartime continues apace in this adaptation of Dennis Ogden’s play The Peaceful Inn by Angus Macphail, Diana Morgan, Roland Pertwee and T.E.B. Clarke.  Arguments about what constitutes grief (should a mother feel more than a father), should a family stay together for the daughter’s sake and political righteousness (Ireland’s neutrality – a wish for an impossible peace or an excuse not to takes side) are all on the table. The final images suggest that the external landscape following the inn’s bombing is something that can be made and remade within the mind itself. Strange and fascinating Ealing production with all those familiar faces.  Directed by Basil Dearden. That’s last year’s calendar!

My great aunt Louise very nearly had a man’s mind. She also very nearly had a man’s moustache. Anthology dramatization of three short stories by W. Somerset Maugham.  The Ant and the Grasshopper: Tom (Nigel Patrick) is a thorn in the side of his diligent brother George (Roland Culver) but a chance meeting with a wealthy woman changes everything. Directed by Pat Jackson and adapted by T.E.B. Clarke. Winter Cruise: Miss Reid (Kay Walsh) is boring her fellow cruise ship passengers with incessant talking, so  led by the captain (Noel Purcell) they set her up on a date with a handsome steward (Jacques Francois) that has surprising consequences for everyone. Directed by Anthony Pelissier and adapted by Arthur Macrae. Gigolo and Gigolette: Stella (Glynis Johns) and her husband Syd (Terence Morgan) are professional daredevils, but her worries about the future upon meeting two old troupers with a similarly dangerous act prompt her to risk it all at the casino in Monte Carlo. Directed by Harold French and adapted by Eric Ambler. I’ve always had a taste for Maugham’s stories and this is a pleasingly piquant collection, each introduced by the man himself from Villa La Mauresque, his home on the Riviera, where some of the action is set. Each story has a different rhythm and tone and yet they all coalesce into a solid whole with the obligatory (and rather unexpected) twist ending, giving Glynis Johns one of the best of her early roles. This was the third of a trilogy of films based on Maugham’s stories and it’s a treat.

You will know from Saving Mr Banks that author PL Travers had major problems with letting go of this, the first of her Poppins series. And she made life hell for Walt Disney and his super-talented team of songwriters, cartoonists, choreographers and writers. And out of that years-long war came a film fashioned from such magical properties as to defy description. It has killer dialogue (“Never mistake efficiency for a liver complaint”), wonderful performances from children and adults alike (it was Andrews’ debut), a terrific blend of pathos and wonderment courtesy of the combination of live action with animation…  And then there are the songs, which I knew long before I ever saw the film. Every home had a copy of this album at one time. They are all brilliantly crafted affairs by Disney’s in-house writers the Sherman brothers. Adapted by Bill Walsh and Don DaGradi and directed by Robert Stevenson. If you don’t have a lump in your throat for Let’s Go Fly a Kite you might well be a robot. Practically perfect in every way.