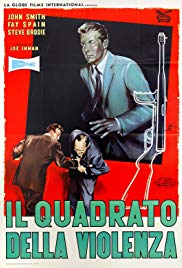 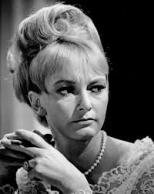 One of the original cool cult girls from Fifties exploitationers was born on this day 87 years ago. Despite an early screen test opposite James Garner after which she was deemed unphotogenic, Fay Spain made her debut on TV’s You Bet Your Life hosted by Groucho Marx and had a lengthy career. She had roles in high profile films like God’s Little Acre and Al Capone. She worked with Monte Hellman and Jack Nicholson in the Sixties and did a lot of TV work outside the B-movie genre. Her final appearance on the big screen was for Francis Coppola in The Godfather Part II where she played Hyman Roth’s wife. She died far too young, aged just 50, in 1983.

An utterly compelling sequel? Yes, it’s possible.  In fact for many people this is better than the original. But then it’s a prequel as well as a sequel and has an absorbing richness deriving from the fabled origins of the Mob back in Sicily and its growth during the Prohibition era. Robert De Niro plays the young Vito Corleone and his life is juxtaposed with that of his son the current Don, Michael (Al Pacino), as a Senate Committee closes in on the Mafia and his rivals start wiping out everyone in sight while he tries to expand his casino interests in Las Vegas. An immensely fulfilling narrative experience with stunning performances including legendary acting coach Lee Strasberg as Hyman Roth and Troy Donahue playing Connie’s latest squeeze, Merle Johnson – Donahue’s birth name. 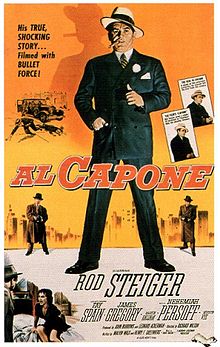 The rise and fall of one of the biggest American mafia hoods. The great Rod Steiger required serious persuasion to take on the role of the legendary mobster and insisted on a raft of rewrites (by Malvin Wald and Henry F. Greenberg) to deglamourise the murderous thug. Presumably the documentary voiceover that occasionally disrupts the drama over stock footage and newspaper montages was inserted at his request. Luckily cool girl Fay Spain (Dragstrip Girl) is around to provide an impressive show as  the requisite hard to get woman for this forceful look at gangsterism. Their scenes together are terrific. Tough, realistic and as generous to all parties as one might expect. An Allied Artists production.